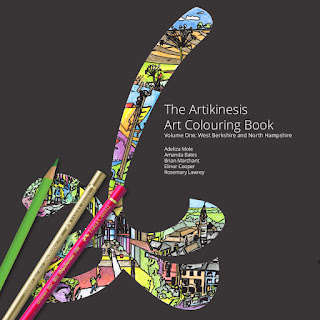 This is the new Artikinesis project. A colouring book for adults, using the local area as a theme.

It's not finished, although we do have quite a bit of material for it. What we don't have is the capital to print it! We have a quote from a local printer that we're happy with, and we have a Kickstarter page in the hope of raising some capital...

The books will only materialise if we succeed in raising the capital (some of which will effectively be advance orders).

Five of us are contributing to the book, and you can see the first five drawings to be released on the Kickstarter page. Four of the same drawings feature in the cover design, above... but the fifth is different. As it's mine, I can show it to you: 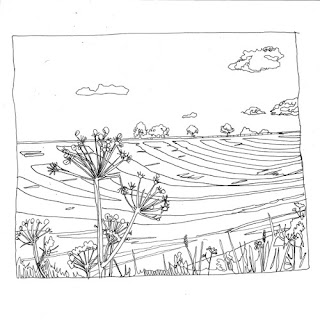 Posted by Amanda Bates at 22:53 No comments:

There's a new Arts publication in town. Well, in the region. The central south of England. It's a bit of an overlooked region in many ways - it's almost defined by what it isn't. It's not London. It's not home counties. It's not south east, because it doesn't have that flavour. It's not holiday-destination south west, either.  It's in the middle.


It's almost as if I wasn't allowed to be something else. But I was. I still am. I'm a midlander.

I wonder if I'm drawn to these in-between places? I felt more at home in Southampton (another place that I used to live in, and a city that is definitely south central - neither East not West) than I did in Brighton or in Hull.


Anyway, all of that is really just to try and say that actually, I know precisely where South Central is coming from.

And the painting? Painted for the competition to be featured on the front cover, it didn't win (the winner was a wonderful map-collage-labyrinth by Michelle Rumney), but was included inside the publication. It was an attempt on my part to represent the region as I see it.

I also wrote a short article for the first issue about West Berkshire and North Hampshire Open Studios in which I interviewed the chair, John Brazendale.

The launch event was held last week at Sticks Gallery in Fareham, along with the private view for Beth Davis-Hofbauer's fascinating instalation, In A Room. I got my hands on a copy of the publication (and a couple of spares) there and then. It's good. It's very good. But I haven't read all of it yet...
Posted by Amanda Bates at 22:57 No comments:

This is a step-by-step illustration of an image made using simple collage and acrylic inks (in black and white).


It isn't quite finished - there's several places where I should add defining black ink, but the white ink is still wet, and I don't want tto make a muddly grey mess.
Posted by Amanda Bates at 00:06 2 comments: 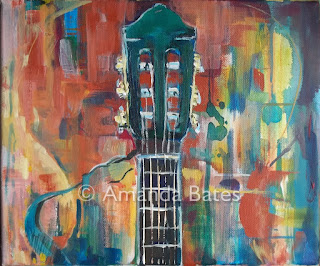 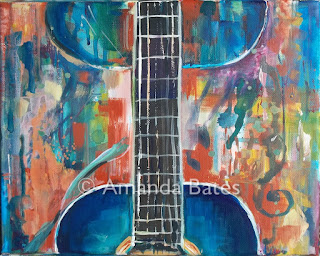 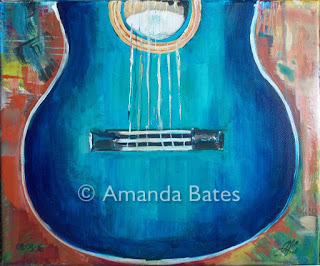 A triptych riffing on my son's blue Ashton guitar, this is three 30 x 25 cm canvases, painted in acrylic. I used runs and drips and spatters in the background, but treated the guitar itself in a  more deliberate manner.

Posted by Amanda Bates at 22:46 No comments:

This was a commision, painted towards the end of last year. It was to given as a gift. The gift was recieved and so I can now show it to you.

Posted by Amanda Bates at 08:17 No comments: