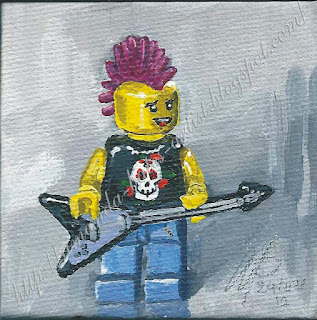 While I was painting this, it occurred to me to take photographs of the work in progress; I thought you might like to see them. 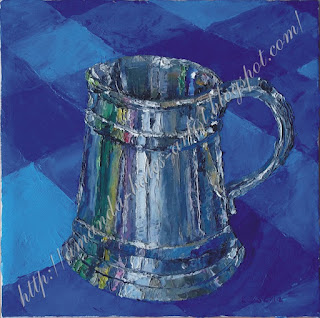 This is a little half pint pewter tankard belonging to my husband. I'm not sure that he's ever used it, but it's a pretty thing, and I thought it would complement the wine paintings. I was going to include a beer bottle but the only one I could find would have dwarfed the tankard. Instead, I selected a few coloured bottles from where they were gathering dust on the windowsill, and used them to create a colourful "rainbow" of reflections on the metal: 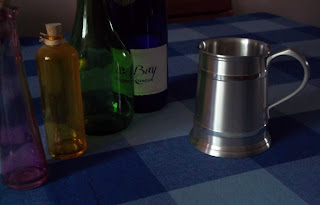 The bottles have been excluded from the painting deliberately. I didn't want to clutter up the canvas (which is rather small), and I wanted the painting itself to have a hint of magic or mystery about it. Which I have just destroyed with the above photograph.

Posted by Amanda Bates at 09:58 No comments: 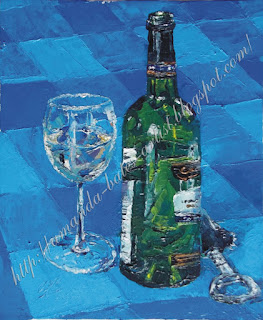 A companion piece to "Rioja", albeit with a rather longer name.

Oil on board, 12 x 10"
The board is a commercially prepared canvas board.
SOLD
Posted by Amanda Bates at 08:28 No comments: 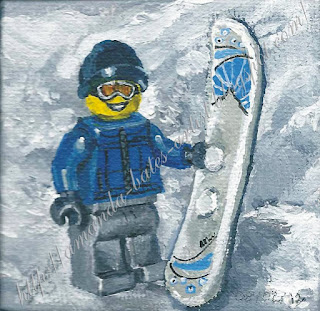 And here is the snowboarder again, this time at the foot of paper mountain, posing with his board by a cotton wool snow drift.

Lego Minifigures 38: Tennis on the map 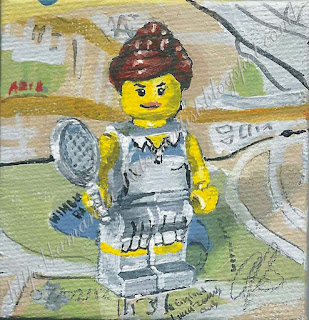 I've noticed a few extra visitors lately. It seems that somebody has posted a "Look at this" linky thing on Reddit Lego. So I'm especially pleased to be able to offer a new Lego painting today.

And she's on a map! It should be exceptionally easy to guess where she is... 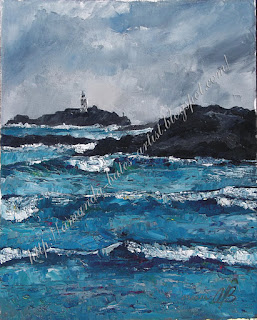 ... and here is yesterday's painting (it's been a busy week for painting). I promised myself that I woud revisit this subject after deciding that the support I originally selected was a bit too small. Having got a little more confident about the idea of working from a photograph - and deviating from it - I decided to work on canvas this time.

There was more room to work on the fiddly bits - like the lighthouse - and to play (the waves were rather fun to do). I think it's a little less gloomy than the first version. Which may or may not be a good thing, depending on your perspective. 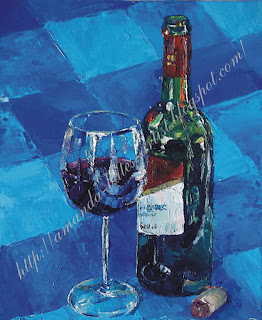 I've been thinking about doing this still life for a while - but you can't just open a bottle of wine any old day. I decided that a Friday would be good. Obviously, this glass has been consumed, but you can guess what we're drinking this evening, can't you?


Oil on board, 12 x 10"
The board is a commercially prepared canvas board.
SOLD