There has never been a railway to Kingsclere, so the record-breaking locomotive "Mallard" could never have steamed towards the village. As far as I know, there was never a company called Wessex Railways, but if there had been, I suspect that the would have used the tag line Taking you "Far From the Madding Crowd". As to the location - we are close enough to Hardy's Wessex that I feel justified in bringing a Wessex train here.

This is an image laden with significance to the locality.


Regular readers of my blog or people who know the area may recognise The Famous Hill (Watership Down). The hill existed when the classic railway posters were made, but Richard Adams' book did not. So, in a way, the choice of location, and the rabbit in the foreground, are anachronistic choices.

The racehorses exercising below the hill represent the racing industry, which was as important then as it is now, if not moreso.

And the curious shape in the sky? That's the bedbug, the windvane on St. Mary's church in Kingsclere.

Here are a few "in progress" images: 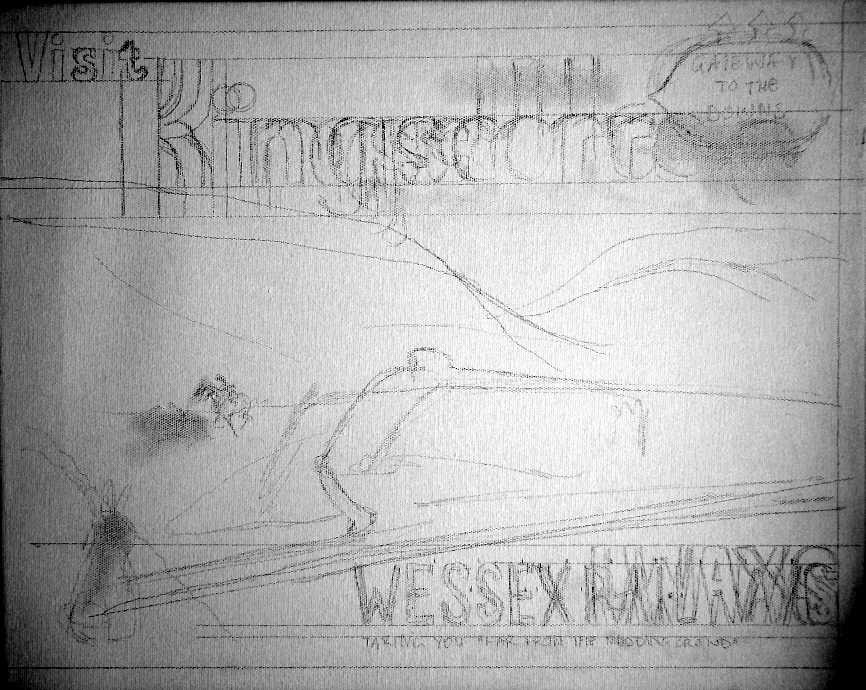 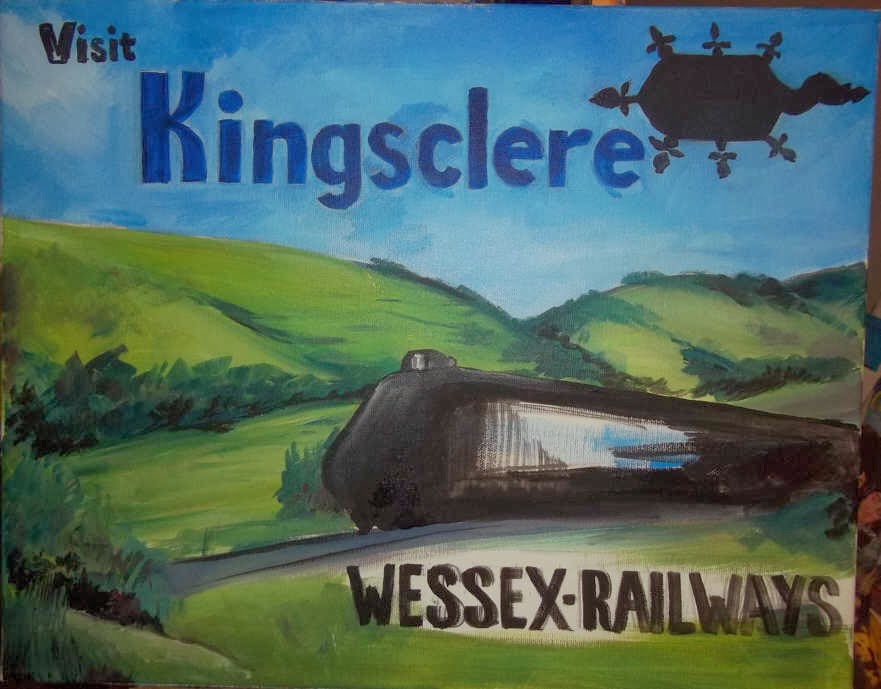 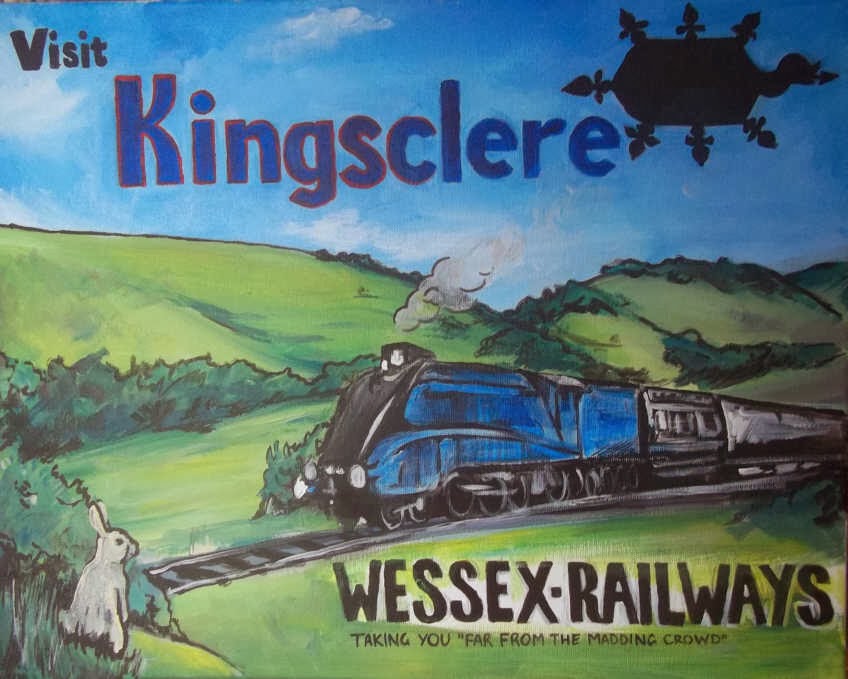 Visit Kingsclere - a pastiche of the classic railway posters
Acrylic on canvas, 40 x 50 cm
30 January 2014
Posted by Amanda Bates at 09:43 No comments:

Email ThisBlogThis!Share to TwitterShare to FacebookShare to Pinterest
Labels: For Sale

My friend gave me flowers. The flowers, naturally, are at home - but so is my big box of standard acrylics (for now, at least).

This was a commission for a birthday present. The birthday is today, and so I can unveil the dozen doctors (not forgetting the TARDIS and K9, both of which I attempted to build to scale from available bricks*). I would have included the 13th doctor, but his costume was unveiled too late.

There was a fair bit of chopping and changing of parts, a couple of paper overcoats (modelled on a Jedi cloak), a scarf made out of a ribbon, and some complete fabrication of colour and printed LEGO torsos.

----
*A bit like available light but less dependent on the weather.

Posted by Amanda Bates at 10:30 No comments: 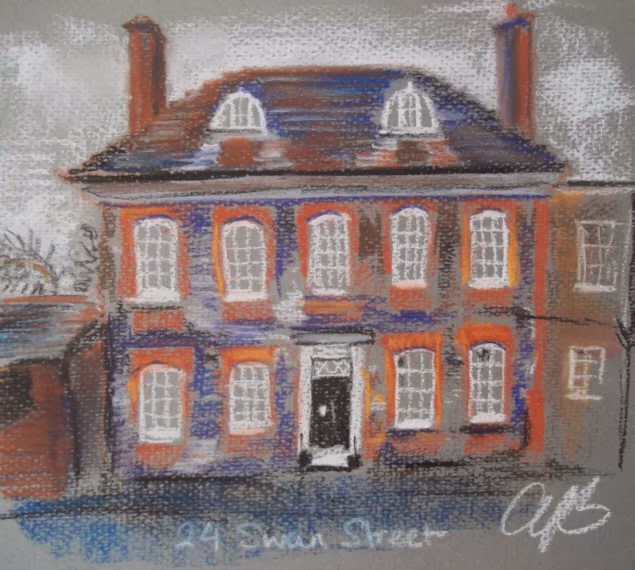 Today, I took possession of a room in the building illustrated above. 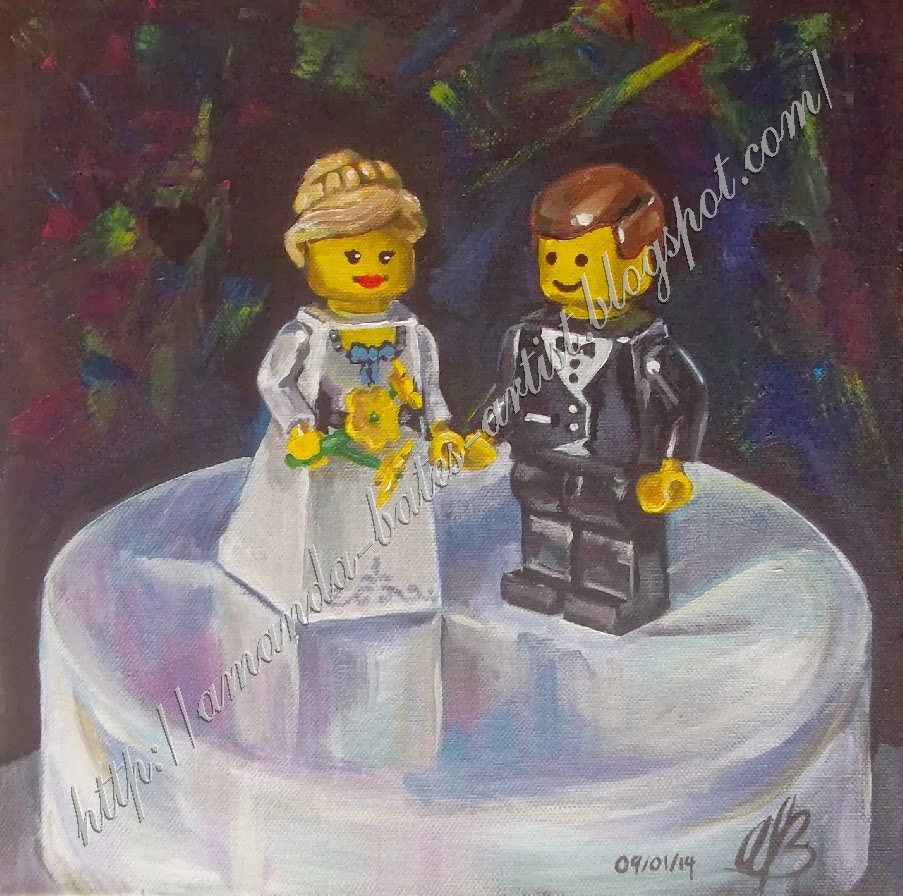 One of my colleagues asked me to paint a LEGO picture to give as a wedding present. This is the result; it is on a box canvas and the sides have the happy couple's names, and the date of their wedding, painted in a silvery colour against black.

Posted by Amanda Bates at 10:20 No comments: