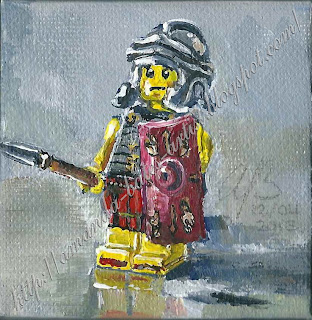 My first 'stab' at this Roman soldier was a popular post, and the little painting has been sold. So when I was asked about it, I offered to paint the little fellow again.

I rather think that he's come across some disgruntled Batvian or Frank. He looks a bit worried.

What have the Romans ever done for us, eh?

P.S. I have just realised that the first Roman Soldier was number 32, which is half of 64. That's a neat coincidence.