This month's Twitter art hashtag is #SkyMarch; the idea is to make images that are dominated by the sky. I have been trying to represent the sky as it appeared at some point during each day. Here are the first week's worth of images: 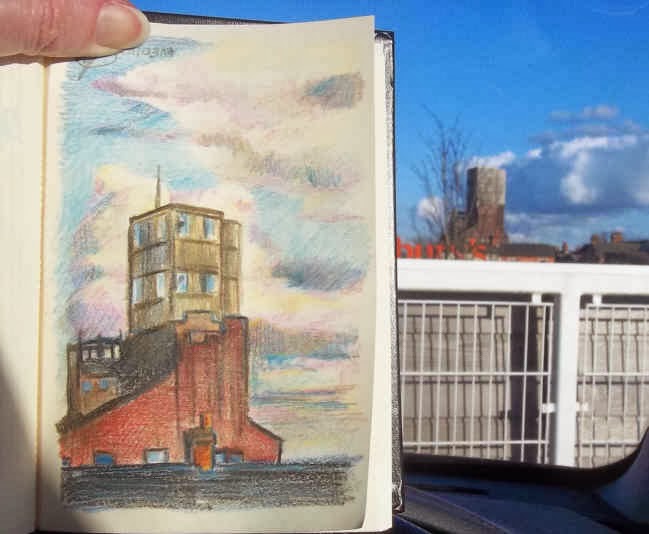 Day one was a coloured pencil sketch from the top of Sainsbury's car park in Newbury, to which I later added ink. 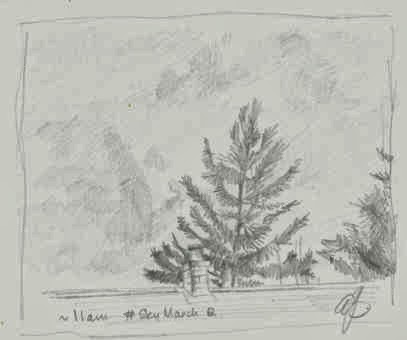 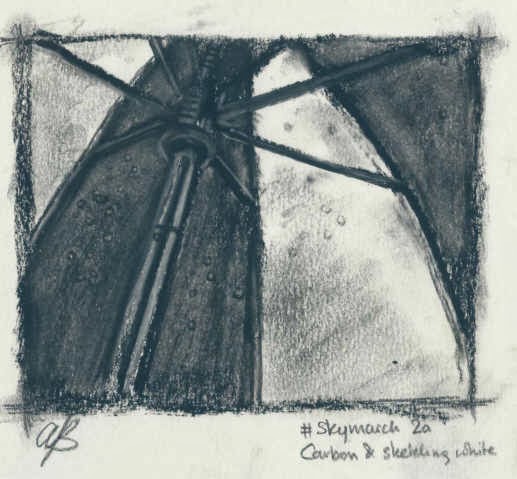 Day two started grey - kind of an HB pencil sort of day - and, later, it rained, which inspired me to draw the object obscuring the sky. 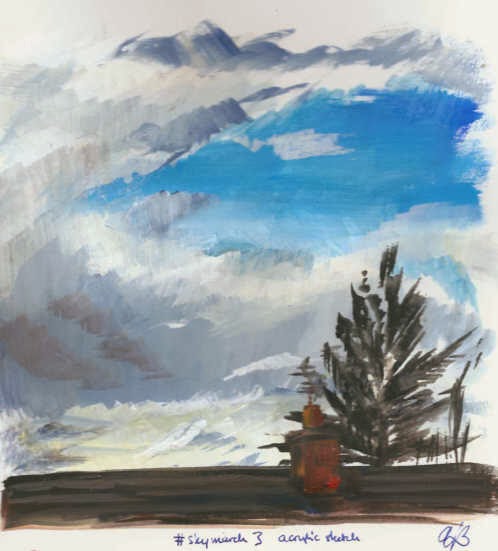 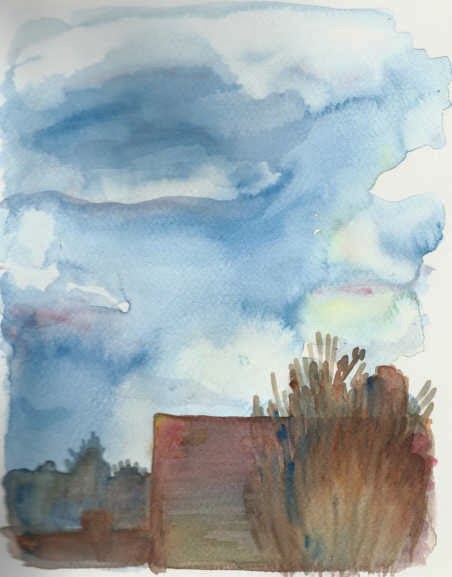 Days three and four in acrylic and watercolour respectively. 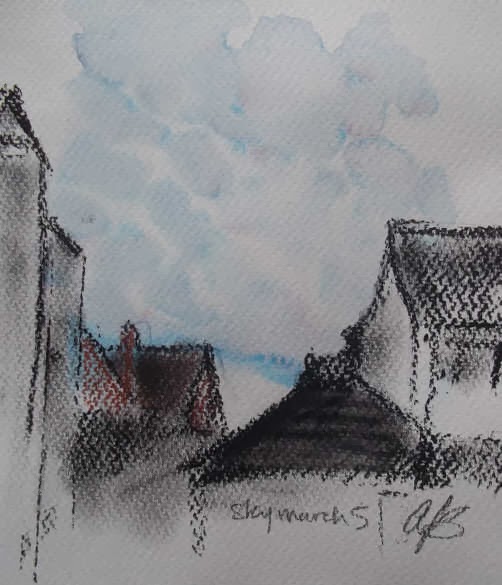 Day five in watercolour, carbon and sanguine; day six was grey like the oil painting (Long Rock) I was working on.

Day seven, a 7 x 5 inch knife-sketch in oil from the window of my studio
Posted by Amanda Bates at 09:14