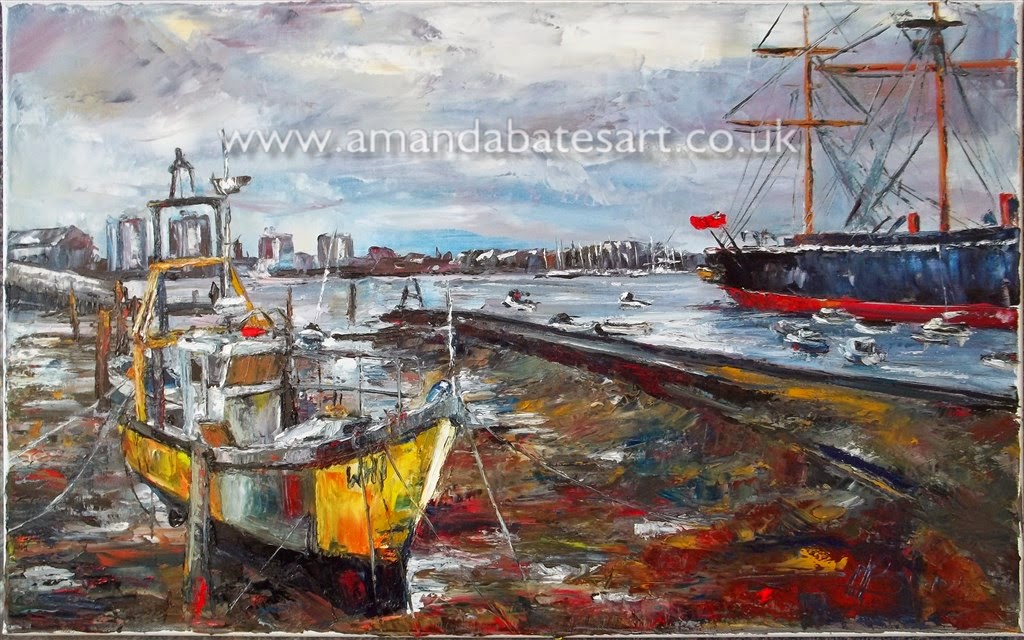 This is a painting based on a sketch (and supporting photographs). It's of a charmingly scruffy fishing boat in Portsmouth Harbour, with a Historic Ship (HMS Warrior) in the background.


It's quite a large painting, at 50 x 80 cm, and rather a complicated one, too. Add in real life, which insists that I pay it done attention sometimes, and the result is that it took almost a week to complete.

The colours are a variation on my usual palette. Having discovered Pyrrole Red via a free sample of acrylics (which I've pretty much used up, now), I thought I'd get hold of the colour in oils. So, there is no Rose Madder on this painting. Just the one red. There are, however, two blues, two earths, two whites and - if you count Yellow Ochre twice - two yellows.

Pyrrole Red is also described as a scarlet. It's less orangey than Cadmium Red (or the hues thereof), but decidedly less blue than Rose Madder. It seems to suit the overcast skies of this scene (and the rusty hull of the fishing boat).