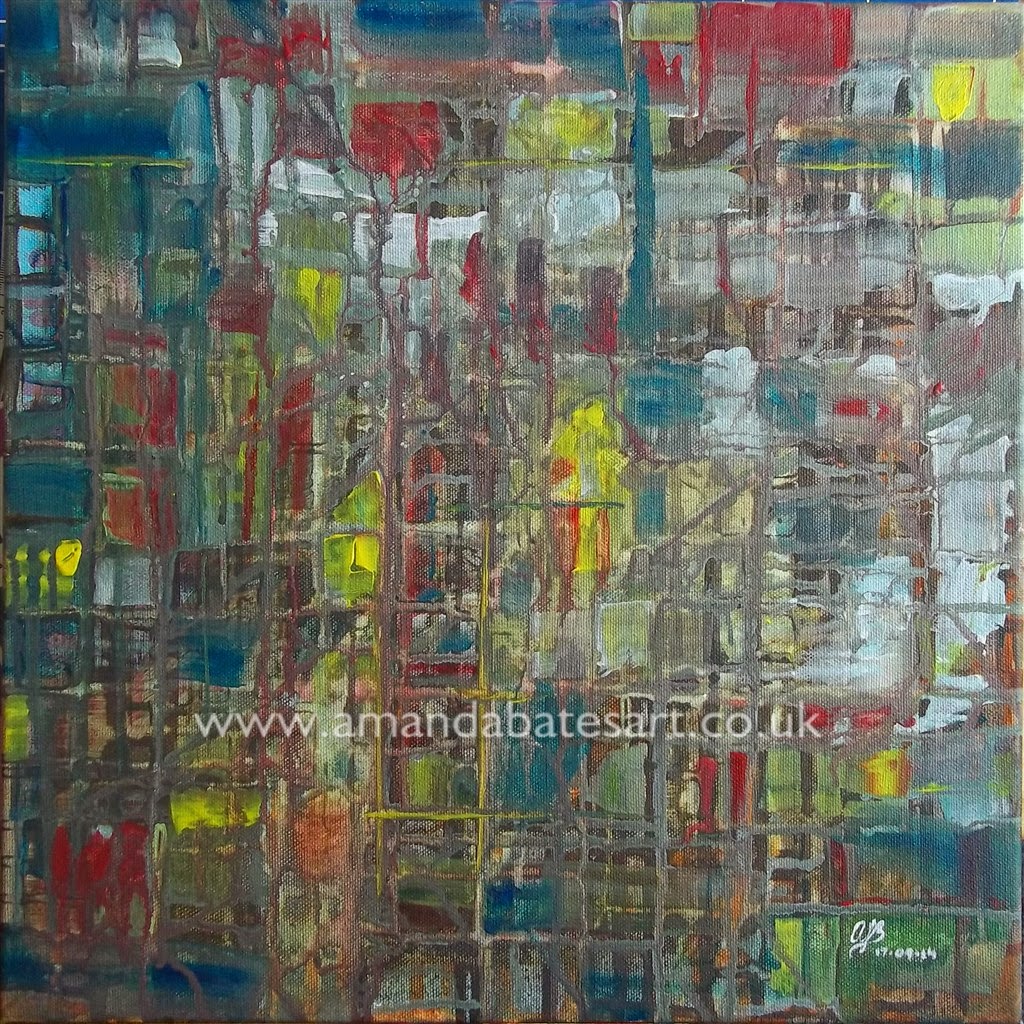 The title came to me early in the process of painting this; it's a dreadful pun conflating the name of the Swiss surrealist (who died this May) and the instrument used to measure ionizing radiation levels (spelt 'Geiger' and named after the German physicist). The texture of my picture reminded me of that of some of H. R. Giger's work. The painting was based on the leftover dribbly acrylic from painting the edges of my Really Big Canvas. I liked the effect of the dribbly underpainting on that work, and decided to make a painting that was just about that.


I used watered down acrylic paint, applied generously, often straight from the pot it was mixed in, and allowed it to run down the canvas, which I turned round every now and then. After a short while, I washed the marks down with a 1" flat brush that was loaded wth (very painty) water. This created an interesting 3D illusion as it took the centre out of the thickest dribbles, which were now making an uneven grid.

The colours and the quantity of paint (and my decision to rotate the canvas so that the dribbles went perpendicular to each other) resulted in a more claustrophobic image than I had originally envisaged; this is a brightened up re-vision with added white and colours.