This painting - a commission - was a fabulous challenge: a two-metre-long palette-knife-oil painting of the view from a cottage on East Cliff, Porthtowan, Cornwall. Slightly complicated by the necessity of "removing" the newer buildings further down the slope that obscured the view of the beach.

This, then, is based on a composite of sketches made and photographs taken from around the desired viewpoint. It was noticeable that the further headlands disappeared behind the closer ones when the viewpoint was too low; higher viewpoints were not possible due to the lay of the land and the location of various buildings.

Landmarks such as the chimney on the headland and Godrevy lighthouse on its rock were also obscured from some lower viewpoints. 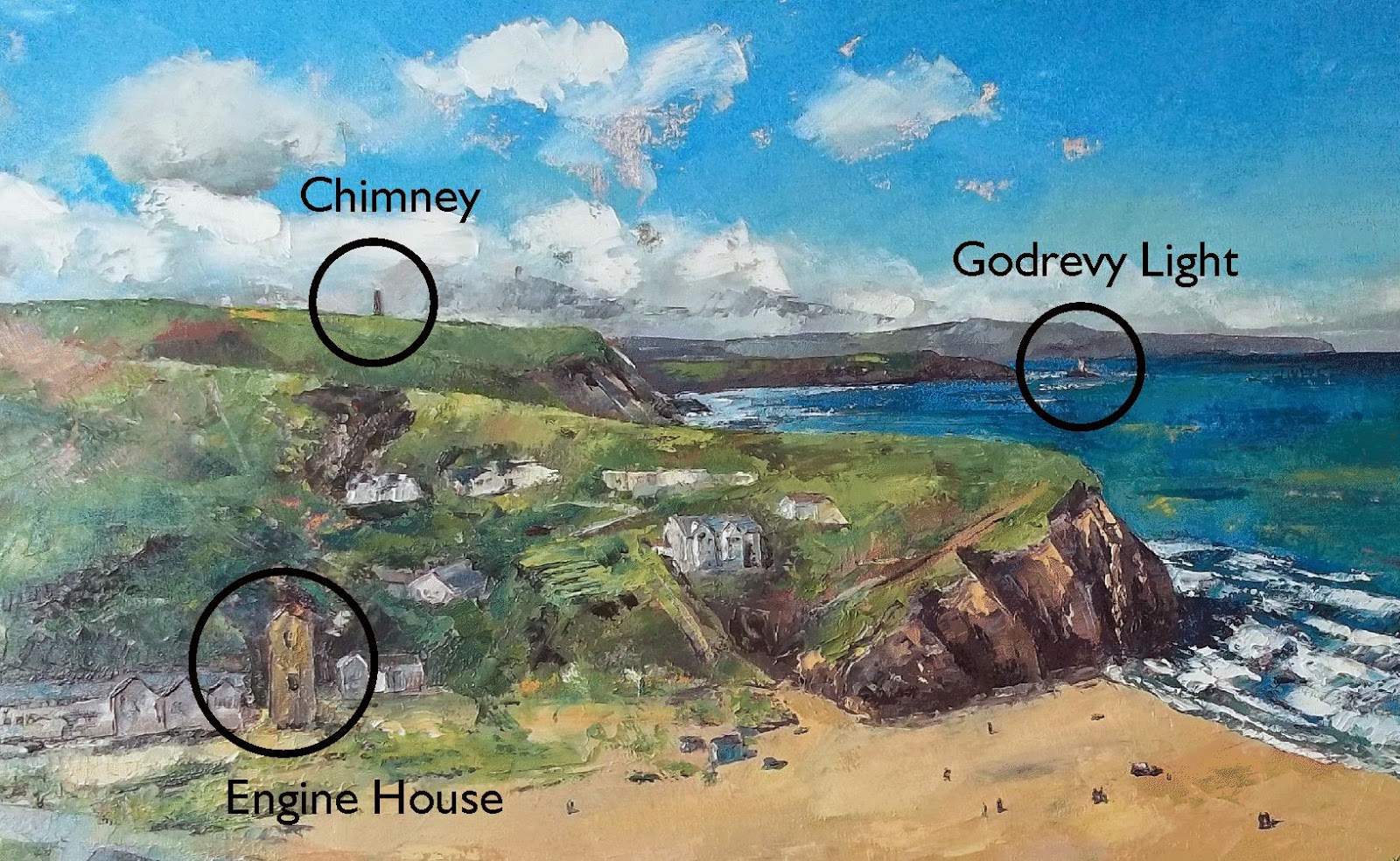 The figures on the beach (which include the RLNI truck) were one of the last things that I added. They are tiny, and the challenge here was to make them more than scruffy blobs of dark.

The painting includes the village, which I rendered loosely and without worrying too much about accuracy. The hills to the right hand side were even looser; with few specific features to worry about, I allowed myself to take advantage of happy accidents of colour, whether from the knife or from the vibrant underpainting, which I was able to leave visible in a number of places. 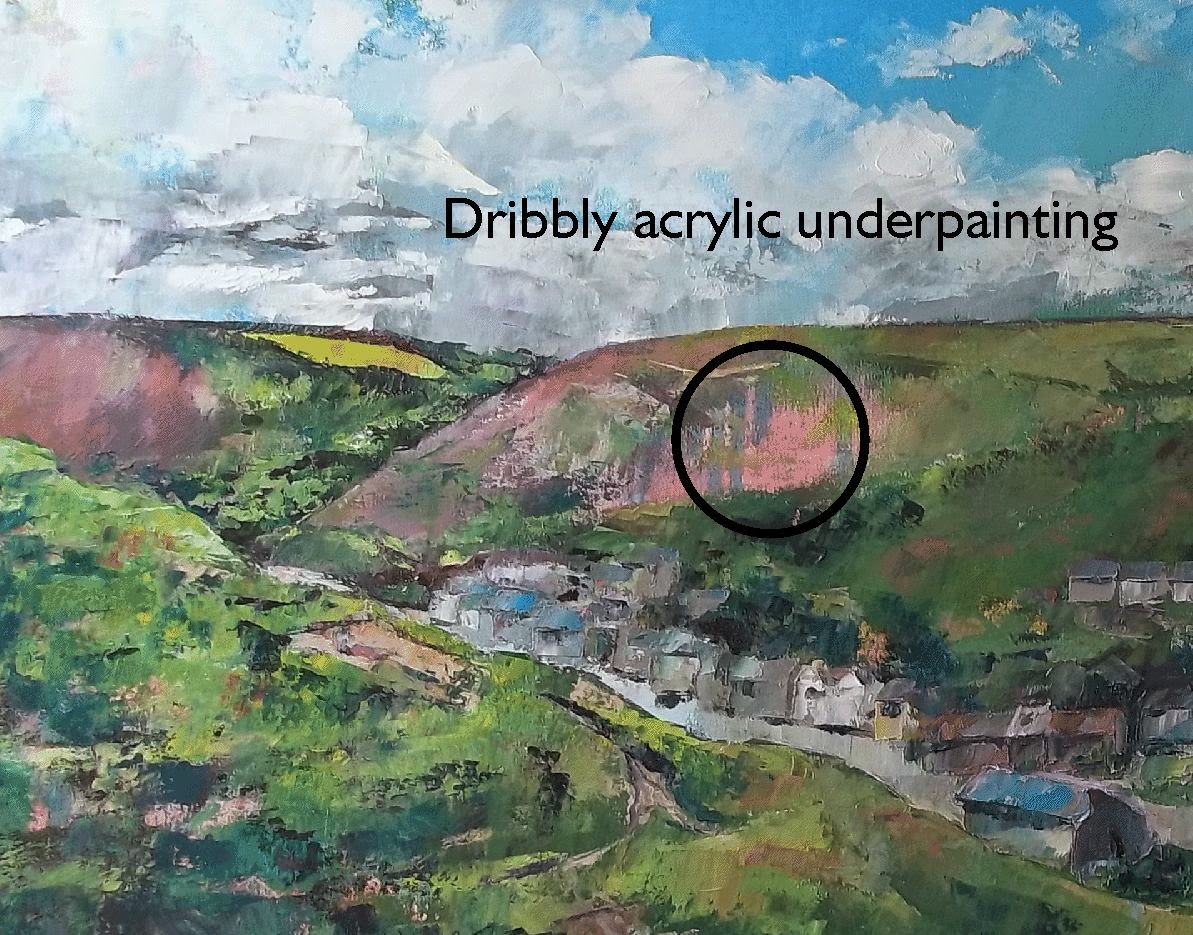 Here is the "ultimate" animated GIF for the painting of Porthtowan. It supersedes all other animated GIFs on this topic, so I have deleted the old ones.

It took me seven school-length days to do this.