How to Make a Wet Painting Carrier from Cardboard

Carrying a wet oil painting home after a painting expedition presents a problem: you don't want to disturb your carefully applied paint or to transfer the said paint onto your hands, clothing or luggage. Commercial solutions exist, but they are generally quite expensive and sometimes quite heavy (I found one example that was made of plywood).

I have discovered that it is quite possible to do it yourself - a carrier made of corrugated cardboard is relatively cheap and easy to make, and should survive several trips into the field. I thought I'd describe how I make them, just in case anyone is curious or in burning need of something similar. 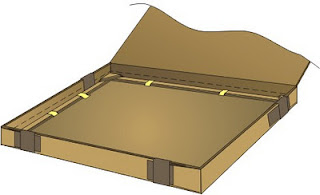 The carrier needs to fit your support - canvas or board - quite closely, so if you use more than one size of support, you will need to make more than one carrier. However, it doesn't take long - I find that it takes me an hour or so to make one (and as I'm usually making it "just in time" for the following day's planned expedition, I generally only make one at a time!).

To make a fitted painting carrier from corrugated cardboard: 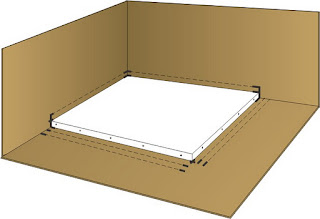 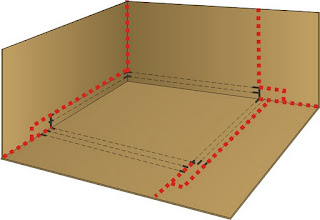 In each case, the aim is to make use of the sacrificial edge of the painting (which will eventually be covered by a frame) to protect the main part. I often use a combination of strips and triangles. The pieces can be stuck down with glue or with tape (I prefer glue and masking tape for this part). 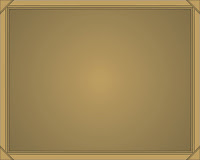 However you choose to do this, make sure that there is a good amount of space between the base of the box and the putative surface of the support. This is especially important for larger canvases, which have more potential for flopping.

The wet painting goes face down in the carrier. Close the lid, fasten a bungee cord around it to keep it shut, and attach it to your rucksack... 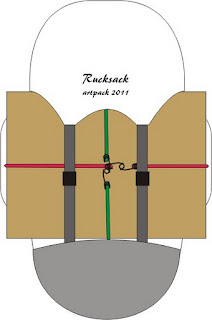