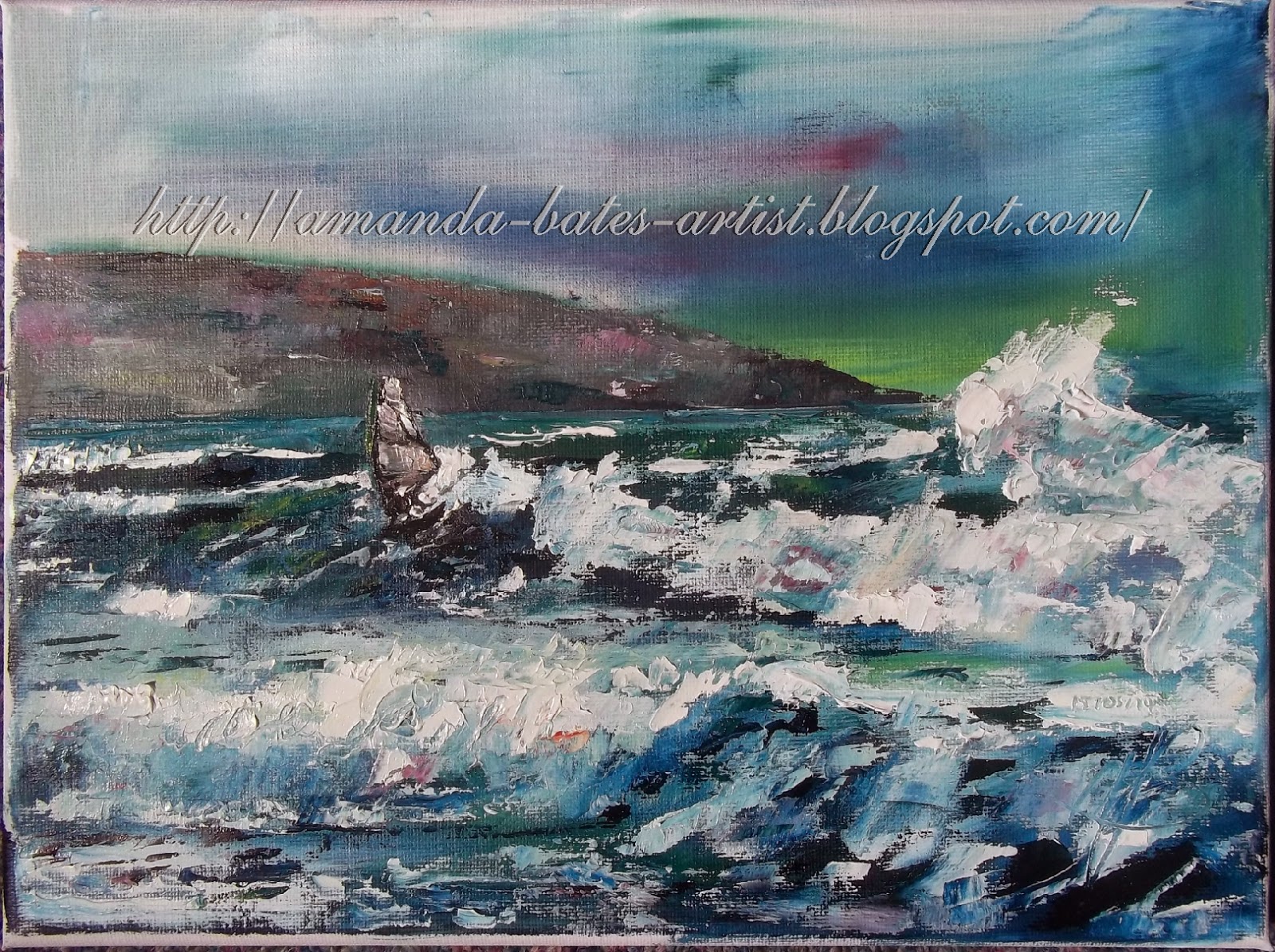 When we were in Cornwall over the New Year, I visited Gwithian (from which Godrevy Light can be seen), and took lots and lots of photographs. There was a windsurfer - a very skillful fellow - out on the sea and I managed to get a few shots of him in action.


To be honest, those waves looked scary. But we later saw him on shore, so he evidently knew what he was doing.

I used a slightly different approach to this painting. Still using Prussian Blue and Alazarin Crimson, I used a colourshaper to apply the first lot of paint (some of which was left over from Sunsetting). I then dipped a brush in turpentine and swooshed the colour around enough to cover all of the white canvas. Before leaving it, I just had to add some white, and that was a job for a knife, with a bit of colourshaper surface-interference.

I was tempted to leave it like that, but the sail didn't make sense as it was, and I ended up making several additions this morning. But you may notice that the sky is pretty much untouched.