You may recall that I've been troubled by the lighting when taking photographs of my paintings. Well, after a few words of advice from another artist and a bit of fiddling with the non-automatic colour correction functions in my bitmap editor (I use Corel Photobook, but she uses the freeware GIMP), I think I may have cracked it.

I used Botallack: Chimney as an example before, so here it is again: 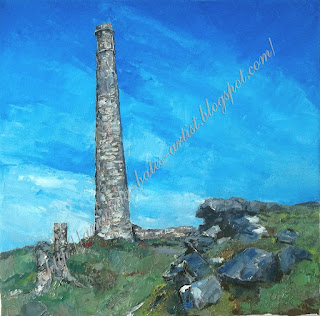 I think that it reflects the true image better. Of course, it depends on the calibration of my screen, but it is better than the dullness of the original and the slight garishness of the auto-white-balanced version.

I manually corrected a few other images, too (I mostly just made them a bit lighter and added yellow; I didn't change the contrast or brightness on anything except Botallack: Chimney). I haven't changed the original posts, but here they are, side-by-side with their previous versions: 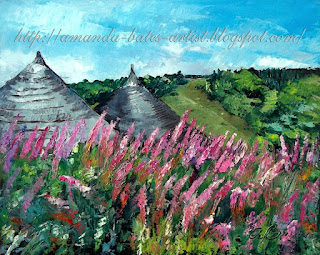 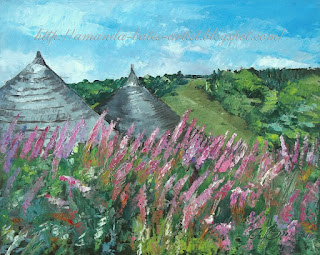 I may do some more fiddling with the worst offenders that are already published, at another time.