Rear of 41: Part one of a Triptych 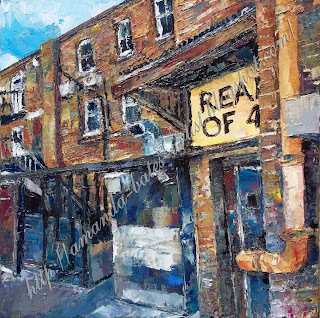 The backs of buildings are often rather interesting, I think. Particularly older building in towns. The rear is where the building lets go a little, revealing something more of its function and, crucially, its character.

It was completed over an extended period, which I regret; I am hoping to do the second (and third) far quicker.

And here are the in-progress shots: