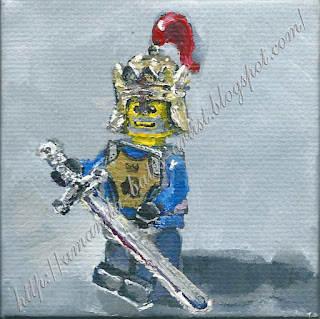 I thought of several names for this grey-bearded fellow, who is evidently regal. The lion on his breastplate suggests that he could be the Lion King; the big shiny sword makes me think of Excalibur, which could make him King Arthur (but Arthur was a bear, not a lion). Perhaps he is, simply, King LEGO.


He is rather warlike, despite his smile, so I have labelled him as a Warrior King, and I shall leave it up to you to decide who is.

Whatever his name, he marks the end of my first series of LEGO minifigure paintings. I hope to bring you further news of the book soon. 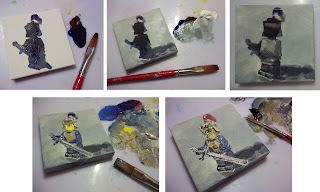